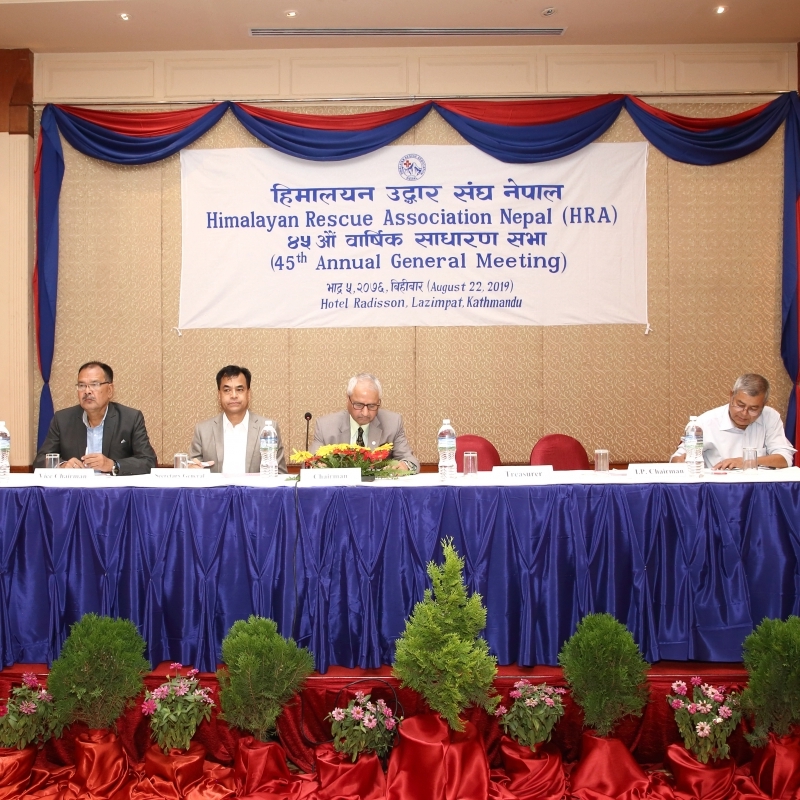 The meeting was chaired by Chairman Mr. Narendra Deo Bhatta.

One minute mourning programme was held, in memory of Former Minister for Culture, Tourism and Civil Aviation Rabindra Adhikari, HRA Ordinary Member & renowned tourism entrepreneur Ang Tshering Sherpa and other persons who passed away on Feb. 27, 2019 (2075.11.15) in a helicopter accident in Sishnebhir, Phungling Municipality, Taplejung.

Chairman , Mr. Narendra Deo Bhatta welcomed all the members at 45th Annual General Meeting of Himalayan Rescue Association Nepal and called for a meeting. During his welcome speech Chairman Mr. Bhatta, said that the HRA will continue the regular activities such as running Manang and Pheriche Aid-post, HRA – Everest ER and Gosaikunda Medical Camp. He said that the HRA will also coordinate with Khumbu Pasanglhamu Rural Municipality and Manang Ngishyang Rural Municipality. He emphasized in disseminating information on AMS by publishing flayers, brochure, magazine and placing hoarding board at the airport and other locations.

Chairman Bhatta informed the General Members about the proposal of Health post in Hilsa which was submitted to Indian Embassy, Ministry of Culture, Tourism and Civil Aviation and ICIMOD. He also mentioned that HRA will coordinate with Khumbu Pasanglhamu Rural Municipality to establish satellite clinic in Dingboche.

He informed about the nomination of HRA as a member in a “Tourist Search & Rescue Directorate” which was formed in the convenorship of Director General of Department of Tourism to stop fake rescue. In coordination with NATHM, HRA started to give lecture about HRA & its activities to trekking guide and porter guide.

Janak Tamang of J. Tamang Associates was appointed as an Auditor to audit the books of accounts of HRA for the Fiscal Year 2076/077.

Mr. Rabi Paudel and Mr. Sushil Adhikari were nominated as a representative of general member to sign the minute book.

A “Vote of Thanks” was given by Vice Chairman Mr. Basant B. Hamal. He expressed his thanks & gratitude to all concerned for their cooperation and support to make HRA’s 45th AGM Successful. 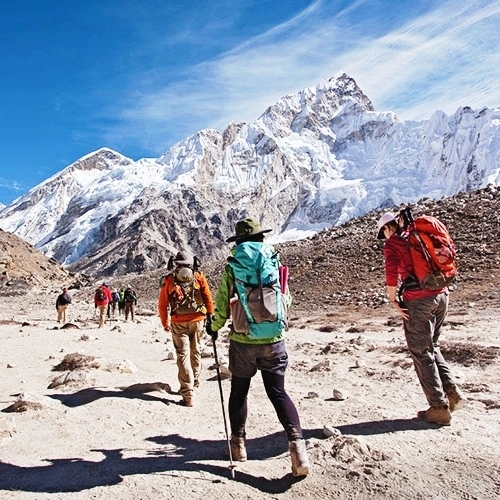